I don’t mean to toot my own horn, that’s a lie, but it would probably be the best anime you’ve ever seen. My anime, that is. Translating some of those ideas from my imagination to paper may not give you that idea though.

Here’s the premise. A series of 12 episodes that are each 12 minutes long. Are you sold yet? Ok, I’ll keep going. Episode 1, lights go on. A humongous bowl-like crater made of rock-bed and caked in dust, center frame. In the middle, a giant circular masterpiece of a city is suspended a few hundred feet up in the air. Connecting it to the ground are three giant, I’m talking mile long, slopes that extend from the borders of the city down to earth. Atop one slope is a man. Wielding a gun in his left hand, you can see a full-length sword at his hip and a quick shot from behind shows he has two knives on each buttock slightly tilted for easier unsheathing. Here’s the kicker, he can control fire. He clicks the hammer of the gun which generates sparks and then those are collected into the barrel of the gun to release a controlled blast ranging from a small explosion to a laser.

See, Aincrad is the city and the rainbows are the slopes.

Pan out. Six legions, each in a square formation of 100×100 men, march toward the city. Cue war scenes. For 12 episodes. That’s it. There’s no narrator. The audience is just there. Instead, the story is in the fighting. I’m saying, we get UFOtable for one episode, My Hero Academia team for another, the One Punch Man animators can hop in, the Kakashi vs Obito mastermind can give his two cents, the Naruto vs Pain crew can show us how it’s done, and even the Haikyuu!! team can give it a shot. That’s the show. 144 minutes of fighting and learning the main character’s past through raw action. I know, I know. Best idea you’ve ever heard. 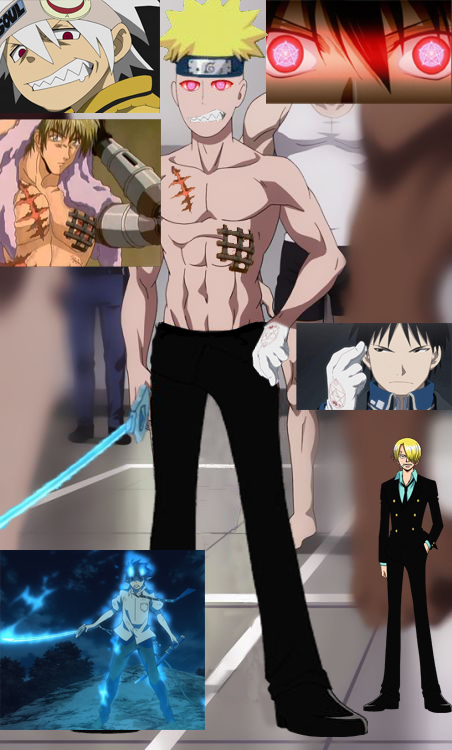 Frankenstein and the sources.

Now, in the height of my fantastical delusions, I spawned the creature you see above. Apart from cubes, and an occasional Stussy or two, I have very limited drawing ability. My goal here was going to be a representation of some physical and mental qualities I wanted my character to have. Instead, I made a copyright catastrophe. Rather than just proposing an anime, I looked inward and realized I was acting like a 5-year-old child slamming G.I. Joe’s together and saying they were fighting an epic battle. Then I wondered, “does this happen a lot?” This train of thought led me to the title.

I lay myself bare. My entire art repertoire.

This thought also led me to Abunai Sisters. The Kano sisters were (are? were.) celebrities from Japan that 20th Century Fox, at one point, slated to be the closest female versions of James Bond. Loosely, hopefully very loosely, based off of the Kano sisters careers, Abunai Sisters was a CGI series from 2009 that aired two episodes before being cancelled. For some reason, there are now 10 OVAs that are only in English. No Japanese dub exists. With a 2.68 rating on MyAnimeList, I don’t think I have to go into detail on how awful these were. Even in an ironical sense. I had a roommate that loved them and the 35 seconds I glimpsed may as well have been a portal to hell. 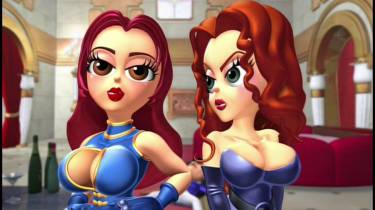 Surely, they didn’t mean to do that. No one sets out to be cancelled. So, what happened? I can only infer it was my dilemma on a much grander scale. And, like me, maybe each step’s completion revealed how much of a failure the project was becoming. And maybe, like me, they said, “Oh, I’m sure it’ll look fine when it’s done” all the while pushing down the guilt that you’re creating something awful. And then it’s finished. You can see it now. You close your eyes, imagine really hard, and open them. Of course, only one thing changed. You’ve significantly lowered your expectations and now the project is perfection.

“Instead of an action series let’s just call it a comedy.”

And that’s just a thought I had that ultimately led me to remember that human compassion is alive and well. It’s incredibly easy to point out flaws and dismiss other people’s work. I do it all the time as a reviewer. In the end, flaws should be exposed. Creators need to know what to do and what not to do in the future, but everyone messes up sometimes and maybe we should be more reserved about shutting down an experience because of a few faults. Maybe we should be more willing to forgive inconsistencies.

Not Abunai Sisters though. That show is a mistake.

Main point, my anime would be great. 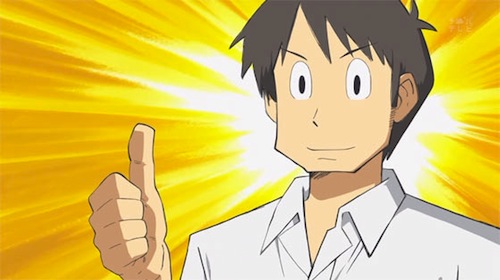