Watched a few more, gonna round ’em up real quick. Here’s part 1 if you haven’t seen it.

Ballroom nailed what a first episode should be. So much seemed to happen. We can all relate to the student who doesn’t seem to really have anything going for them. No interests or passions and it feels like every adult is going out of their way to make life difficult and add more stress. Now, while I found anime and writing,  Tatara found dance. Stumbling into a studio after getting jumped in alley, Tatara leaves with a DVD and a promise to return it. The DVD shows a professional competition and THE MOVEMENTS. Oh, lord, the movements. Beautiful. The whole scene where he’s watching the DVD is just incredible. I can relate so well to the passion that he seems to catch from it. That moment where he went to turn down the invitation to take lessons (because he couldn’t afford them) but instead asked if he could work his ass off and pay later was icing on the cake. I’m legitimately thinking this could be my next Haikyu and I have no complaints about that.

I was told after I watched it that Hina Logic had a previous season. I did not know this. So, my opinion is probably horribly wrong and ill-informed but that’s really the fun part of this. It’s just Madoka with moe, right? Am I wrong? Contracts, a fuzzy companion, magical girl transformations? Doesn’t this sound familiar? Why did Lione even fucking transform? She shed a single tear and a demon just took over. What the fuck is that. Also, that harp lady needs to chill out. Did she stop playing the harp when she went from location to location? I like to think she didn’t. I think these shows are really a hit or miss type situation but I’m not a fan of blobs of moe being thrown in my face. 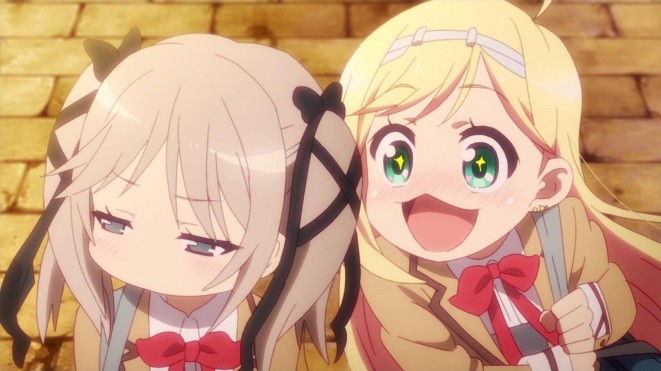 Youkai Apartment was… the definition of mediocre? What a stupid opening sequence. Maybe I’m supposed to relate (as a big, tough manly man) but fist fighting my friend til exhaustion on my last day of school doesn’t sound… fun. I get everyone says goodbye differently, but I think that might be a bit extreme. Then, his dormitory burns down the day before he moves there. Uh-huh. I guess we’ll just keep going with the episode. He can’t live at home because HIS COUSIN IS BEING AN ASSHOLE. He wants to leave because he’s worried he’s a financial burden to his uncle. Which may be true, but give him a fucking break. He was being so sweet. He’s obviously aware he’s burdening them. Just leave him alone for a damn minute. Not to say I’m on Inaba’s side. He did take advice from A TRANSPARENT KID IN A PARK WHO DISAPPEARED RIGHT AFTER HE TALKED TO HIM. Who does that? The whole show looks meh. I’ll probably give it a shot though.

Made in Abyss completely caught me off guard. Easily the best world-building I’ve seen in an anime in quite some time and I think it will only get better. It’s similar to Grimgar of Fantasy and Ash but on a much grander scale. It also reminded me of Ni No Kuni for some reason. Following a group of child excavators, Riko ends up finding a robot boy in a cave. I like to call him, ‘Shitty Astro Boy’ because it looks like he’s made of scrap metal. On the basis he’s a robot (with no proof mind you) the kids who find Robo-kun feed him hot coals and then electrocute him to wake him up. That could’ve ended really badly. To be fair, I don’t know why 10-year-old children are being sent to excavate caves in the first place, but gotta you do what you gotta do I guess. I’m just saying that probably breaks a few labor laws or something. Also, they toss in at the end that there’s, ya know, just a 1,000 meter in diameter cavern in the middle of the island that has unfathomable depth and has killed hundreds. It’s whatever. Hehe, I had to make a slideshow cuz I thought everything was so cool. Whoops.

I loved Knight’s & Magic. The first episode is very dynamic and a lot happens. You start in the life of a genius programmer then go to a child… knight? Witch? (I don’t really know, but it was awesome) and then end the episode after a three year time-skip with the child now a teen. I found a few things in this episode very, uh, far-fetched and some other things downright ridiculous. Like, one example, the knights pilot giant ‘robots’ and they need them to fight off creatures that attack people. Makes sense, right? Well, for some reason, they still ride around in wooden, horse-drawn carriages… Are you fucking kidding me? You are just asking to be killed. I do really like though that they use programming as an analogy for magic which allows Ernie, the MC, to develop magic very quickly. Also, this show has the most badass grandpa I’ve ever seen. I’m excited to see where it goes. 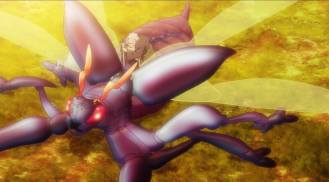 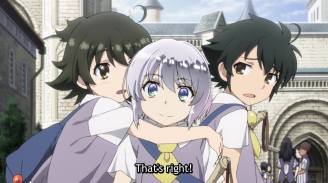 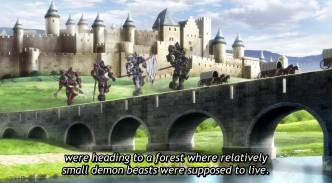 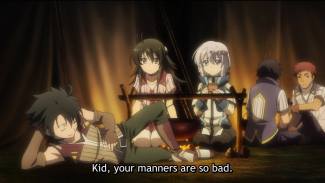 Well, that was it for today. I’ll do a third, and hopefully final, part probably for Monday night.